10 Things You Must Know Before Travelling To Japan: Our Top Tips

The old vs the new. Nowhere incorporates the modern and the ancient like Japan. Ancient traditions and Thousand-year old temples nestle quietly between modern skyscrapers and karaoke bars, while Kimono’s go unnoticed amongst modern fashion trends and flashing neon signs light up farmer’s old paddy fields.

Japan is a country that is fascinatingly foreign, despite its western appearance. With its alien cuisine, anime obsessions and peculiar evening entertainment, makes it impossible for you to to get bored.

With the world’s fastest trains, incredible temples/ castle, stunning tropical beaches and some of the best snow (skiing) in the world, Japan is a country with everything.

However, navigating the wonders of Japan can be a little tricky for the uninitiated, therefore below we have put together a list of things every traveller should know before visiting Japan.

Before diving straight into the weird and wonderful facts about Japan, lets first figure out what is needed to get there. Something we all seem to overlook: 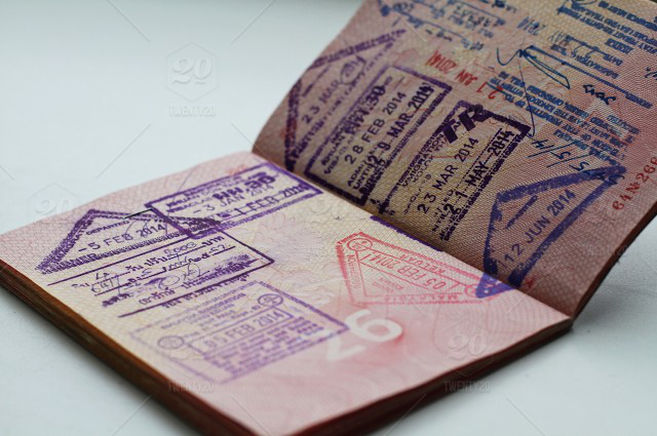 Japan now have visa-free or visa on arrival access for a large number of countries and territories, ranking the Japanese passport 5th in terms of travel freedom.

However, any foreign visitor who wishes to enter Japan must have a passport, which will remain valid during the period of stay. Your passport, therefore, must be valid for at least 90 days following your departure date from Japan. However, we strongly recommend travelling with 6 months validity on your passport at all times.

>> The “Temporary Visitor’s Visa” is usually required as permission to stay in Japan for a period of up to 90 days for non-remunerative activities such as:

(Needless to say, the “Temporary Visitor’s Visa” cannot be used for any remunerative purposes, which involve profit making or payment acceptance within Japan by the visitor)

Now that’s all cleared up…here is the list of Countries who can access Japan without a visa for up to 90days: 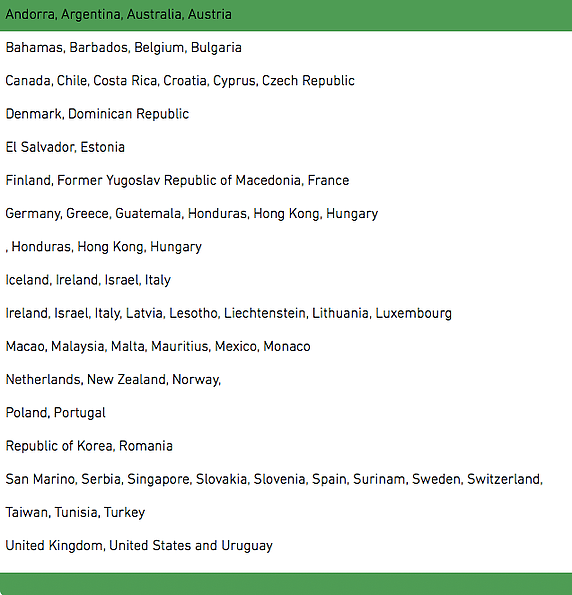 Getting your head around the currency and knowing cash is king! 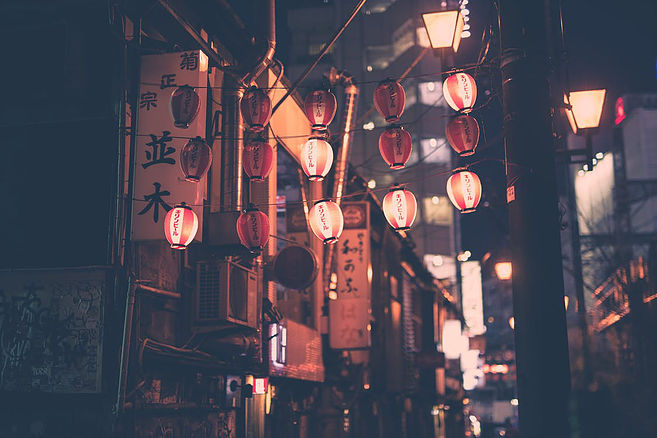 Note: I have put together this expected daily budget plan on the basis that you have stayed in cheap hostels, cooked your own food and generally followed “our top tips listed below”. If you eat out in restaurants, drink from bars/ pubs or stay in any form of hotel, it will be higher.

Now, although Japan is known for its insane technology and crazy advancements, the country is very old-fashioned when it comes to handling money and paying bills. Even today, many a shops, bars and restaurants in Japan will only accept cash. For public transport, especially buses and short-journey trains or Metro travel, even if you simply wish to top up your IC or travel card, you should always carry cash. Cards are treated like a bit of plastic and in more rural areas most shopkeepers will look at you blankly. 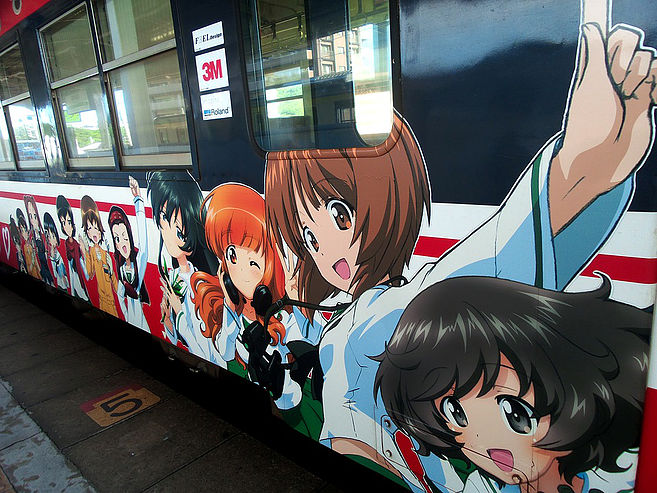 Major cities in Japan, especially Tokyo are run by the rail system- and they are world class. Not only do train lines boast enormous underground “cities” with restaurants, bars and designer shops, the train lines are by far the most efficient way to get from A to B.

Most all-day train tickets start at ¥750 JPY. However, if you are planning to stay in Japan for an extended period of time and intend on using the train service most days. then you should buy an IC card. IC cards are rechargeable cards that can be used to conveniently pay fares on public transportation for discounted prices. IC cards have now been extended to vending machines, restaurants, and even shops. There awesome. Each IC is different per region, so make sure you get the correct card for the city you are in.

Before we move on – The metro isn’t 24 hours. It may seem shocking that a country filled with so many conveniences doesn’t have a 24-hour train system, but it’s true — even in the glittering bright lights of Tokyo. When planning your night out, expect to make a mad dash for the last train unless you want to fork out the money for a taxi home.

When it comes to taxis, avoid them – they cost far too much. Although this may be your only option after a late night out on the town.

Oh, i nearly forgot…there are no street names…

Before the widespread use of the smartphone and GPS technology, finding addresses in Japan was a real quest. Finding your way around a foreign metropolis is tricky enough, but it’s even harder than you thought!

One of the best things about Japan is that it is safe. Proudly sitting on top ten lists of the world’s safest countries, Japan is also a great place for solo female travellers (a big yes from us). Japan is so safe, it is common for people to leave their phones and wallets on the bar side while they go out for a boogy, as well as leaving their car running while they pop into the shops. Having said that, however, as with any destination, you’ll need to be vigilant as a foreigner, stay out of shady areas and don’t provoke anyone. Japan is full of traditions and culture, the police will be keen to let you know when you step out of line.

Tattoos are still frowned upon. 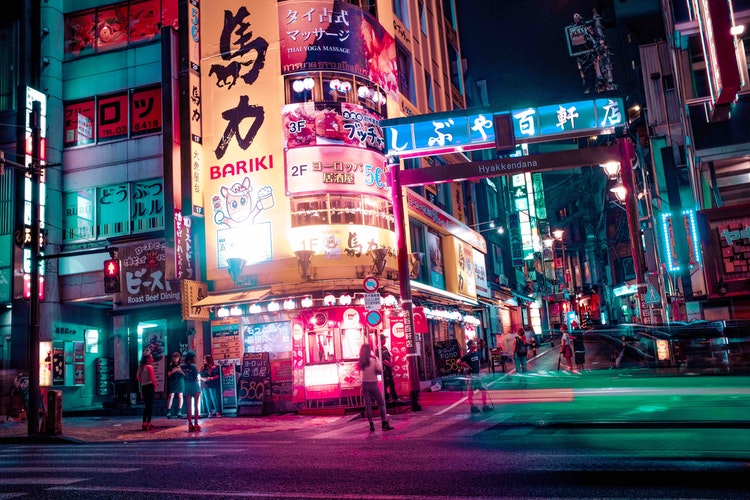 While tattoos are considered apart of your identity in western cultures, in Japan, they tend to be associated with criminals — namely members of the Yakuza gang. This is an especially important thing to think about if you are interested in visiting a traditional Japanese onsen, as most places are likely to turn you away (unless you are in Hokkaido).

Keeping your shoes on in certain places is highly offensive. 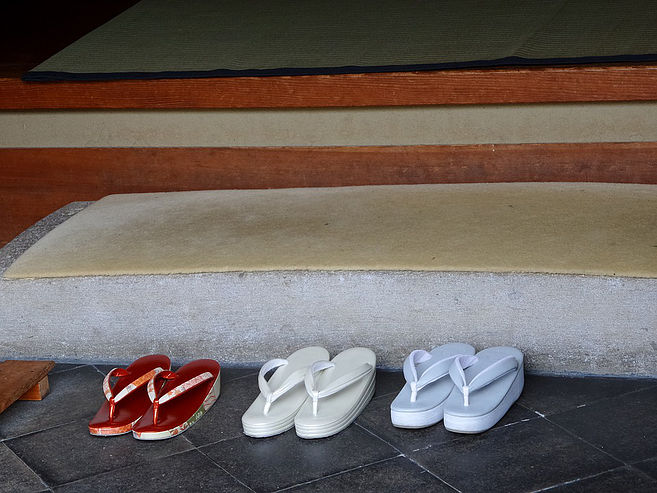 Leaving your shoes on when entering someone’s house is a major sign of disrespect and should never be done. No excuses… like many other parts of Asia, removing your shoes when entering a home is an absolute must. Some restaurants will also require this, but they will give you slippers in return.

Its also important to note that if you are a guest in someones home, do not enter the bathrooms with the same slippers they have given you to walk around the house in. In most cases, a separate pair of slippers will be provided. 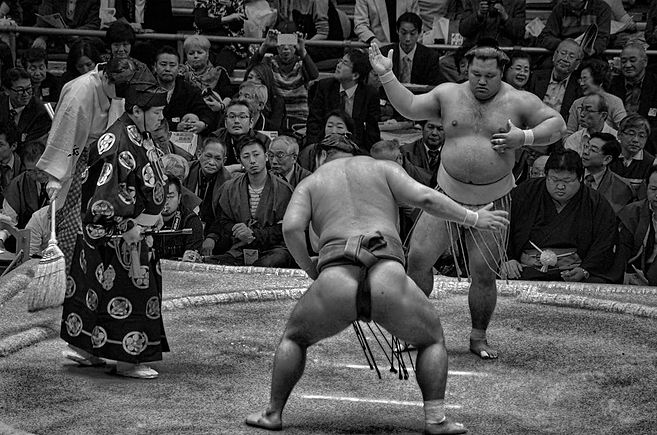 1. although we absolutely love the train systems,  if you’re trying to save money or you are on a budget, take the buses when moving from city to city.

Although a train journey is far more comfortable and hours quicker, it can be up to four times more expensive.. and that can really dent your bank balance.

2. Hostels over Hotels! We promise you’ll love it! It’s here where you will save most of your money and the majority are outstandingly clean with great kitchen facilities.

3. Cook your own food. Japan is very expensive, and most hostels have kitchen facilities. Shopping in a supermarket is a bucket load cheaper than eating out, and most things are 30%-50% discounted after 8pm. 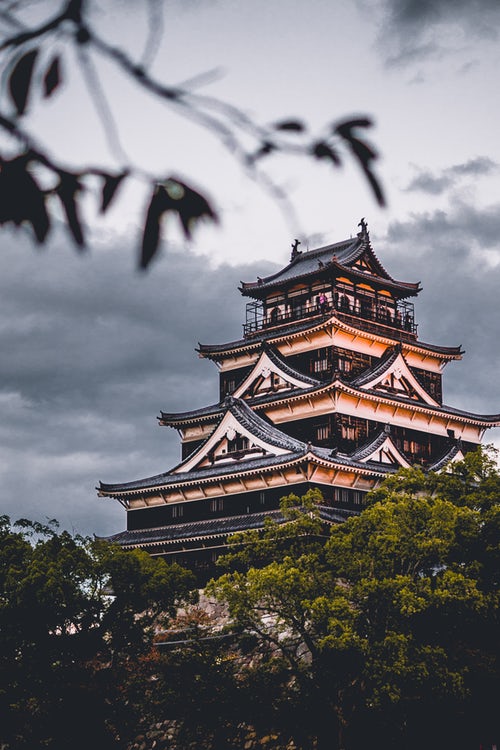 4. Eat at Family Mart/ Lawson or shop at the ¥100 ($1USD) store. This is an additional option if you don’t feel like cooking. The fast food/ take out food is a lot better than you would imagine. Great way to saving money.

5. Sushi, Ramen, and Japanese curries/ BBQ are a MUST eat when you are in Japan.

The food in Japan (for us) is unbeatable and the fish is outstanding. The cheapest option out of the 3 is Ramen (noodle soup, normally made with meat, ginger and spring onions). You will never pay more than ¥850 ($8.50) for a bowl.

6. Be aware you may get turned away at the door for being a foreigner.

There will be the odd time that as a foreigner you will be turned away from a restaurant or find it hard to make the booking directly even if the language is not an issue for you. There are several reasons for this, but it is mainly due to the fear of making mistakes. The Japanese people are anal about getting things “right”. It’s either the “right- social acceptable way”, or not at all. having said this, many places simply don’t trust foreigners to behave in a civilized way and fear that a table filled with non-Japanese might be off-putting to the regular crowd. Very occasionally such places will turn you away at the door, without giving a clear explanation as to why they are doing this. The best way around this is to get friendly with some locals.

7. Watch a Sumo match. If you are lucky enough to be in Japan during the Sumo three grand tournaments (15-day events in January, May, and September) you MUST catch some of the action at the world most famous Sum area; Ryogoku Kokugikan, Tokyo’s National Sumo Hall. The atmosphere is electric and who doesn’t love watching 2 oversized men in nappies push each other around?? 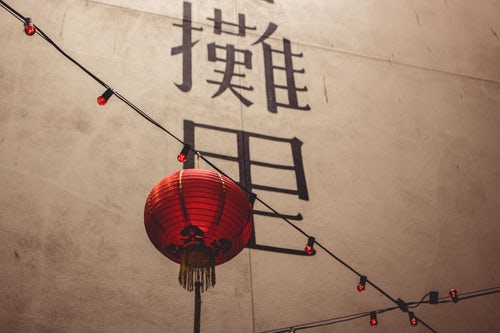 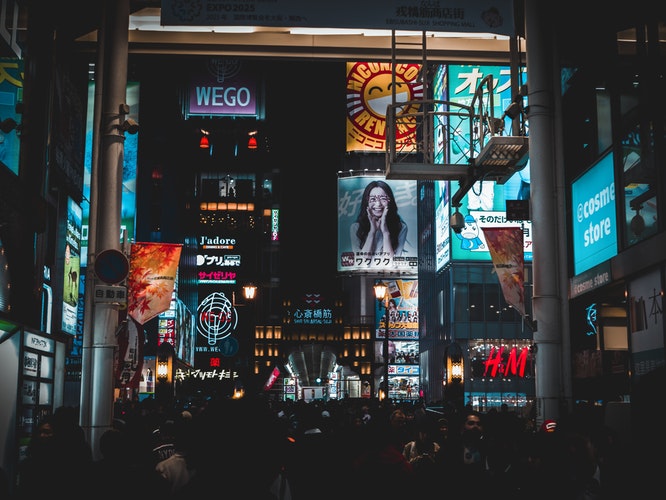 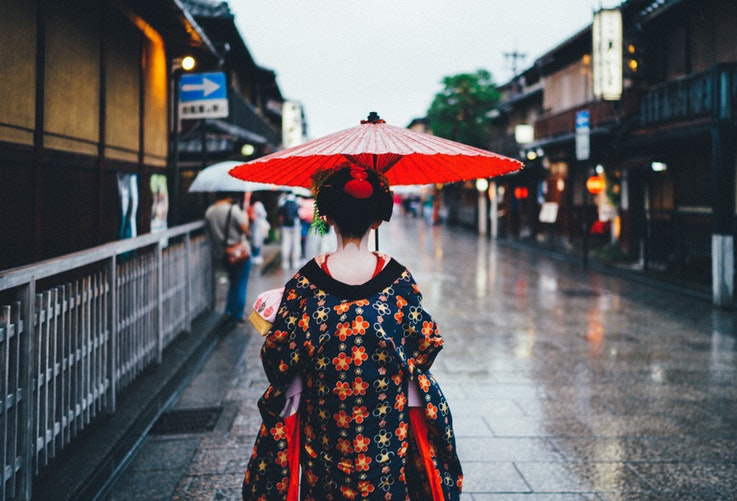 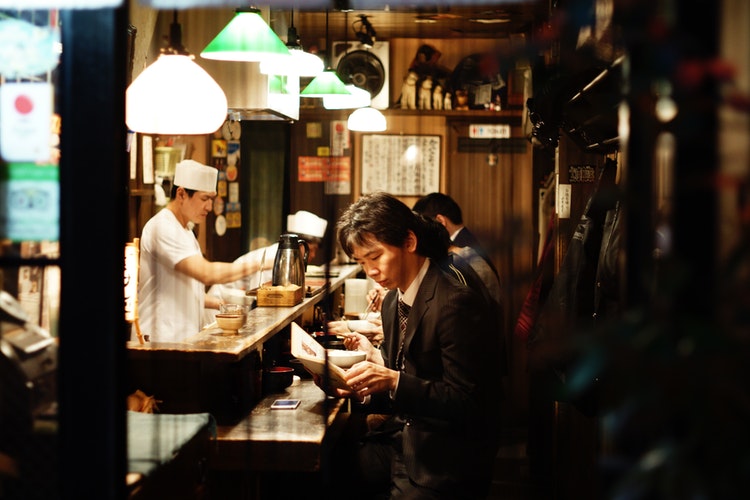 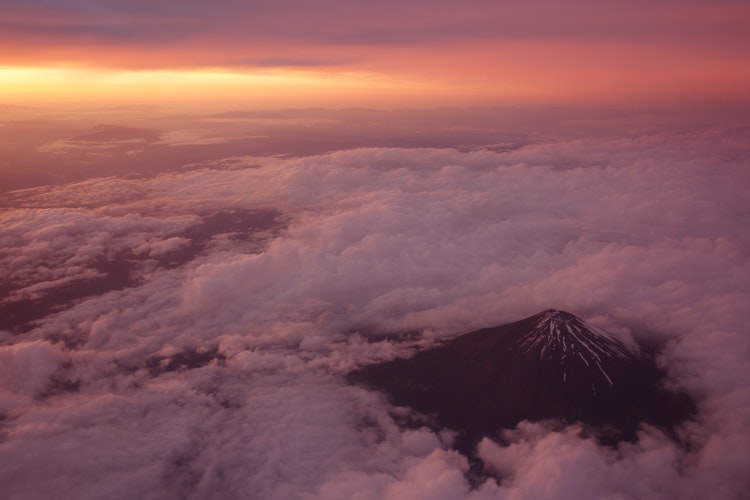 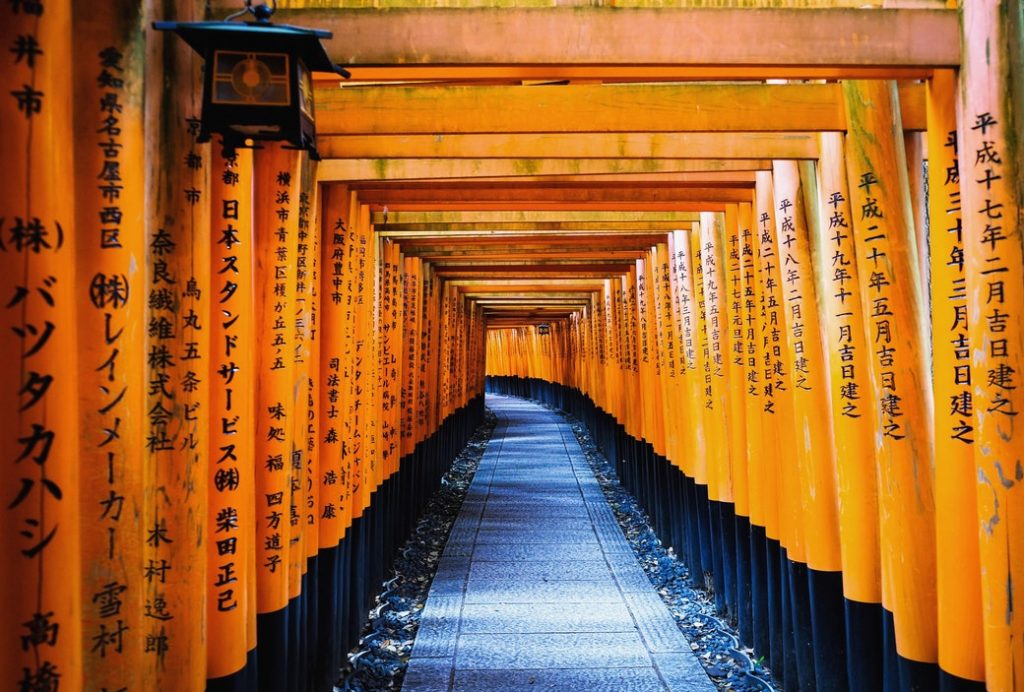 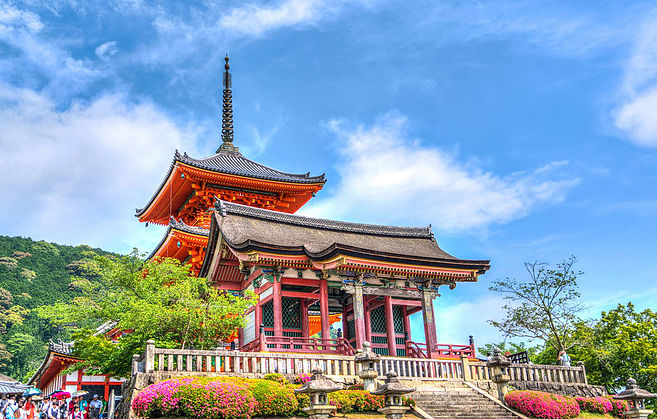 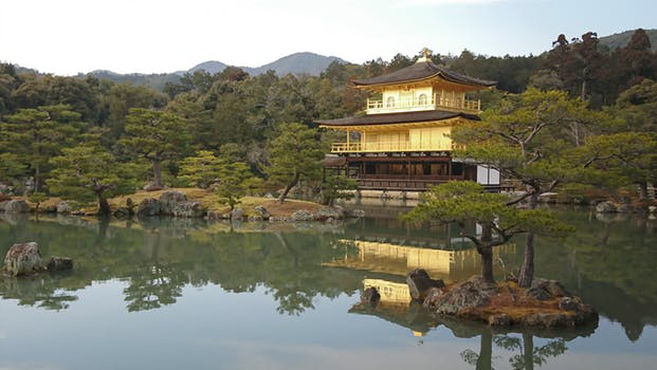 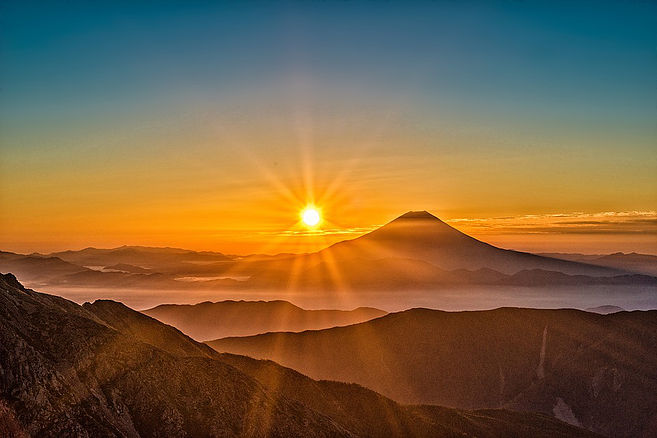 I really hope this has helped and if you wish to ask anymore questions or simply want to contact us, please do at: