Nestled quietly between the tranquil Tibet to the North and it’s louder, more eccentric cousin, India, to the South, Nepal sits at the foothills of the Himalayan Kingdom.

Home to some of the world’s most friendly locals, rare wildlife, and the great Mount Everest, (the world’s highest mountain), Nepal truly is an adventure paradise.

Although Nepal boasts some of the best trekking routes in the world, including trails to Everest, Annapurna and beyond, Nepal offers so much more. The capital city Kathmandu, claims to be one of Asia’s most fascinating cities, and for decades, it has served as a hub for a multicoloured mix of trekkers, backpackers and hippies from around the world. It’s famous Durbar Square (UNESCO heritage site) acts as a theatre of Hindu and Buddhist traditions that play out in harmony 365 days of the year.

However, before we dive into the must-see tourist attractions in Nepal, first we must cover the important “essentials”. 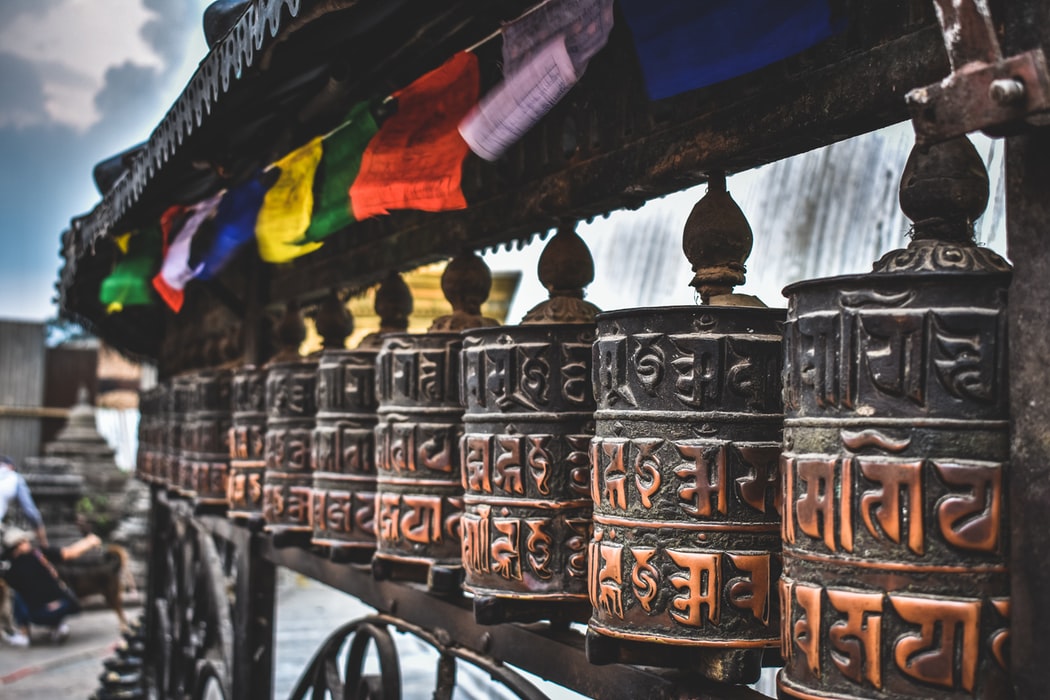 Nepal is pretty mild year-round. However, it is important to know that the monsoon season begins in June and ends in August, so if you are planning on trekking, please take this into consideration. Autumn (September – November) is a great time to travel – during these months you get incredible views and the clear skies and mild temperate make it perfect for climbing. Although often overlooked, February is also a great time to hike, as trekking routes are extremely quiet and the skies are bright.

Spring (March-May) is the peak time to go to Nepal as the vegetation is in full bloom and the weather is great. Of course, it is also when most people go, so book at least 6 months in advance if this is when you wish to go. Trekking season runs up until late May.

Most nationalities will need a visa to enter Nepal but you will receive your visa at the time of entry for a fee (available at land borders and airports). They’re somewhere around $25-100 depending on how long you intend on staying and you will need to provide immigration with one passport size photo. If possible, try to make payment in US dollars as it offers the best rates.

For full information check your Government Embassy website for details.

What is the National Language?

What is the Currency?

The Must-See Attractions and Destinations in Nepal 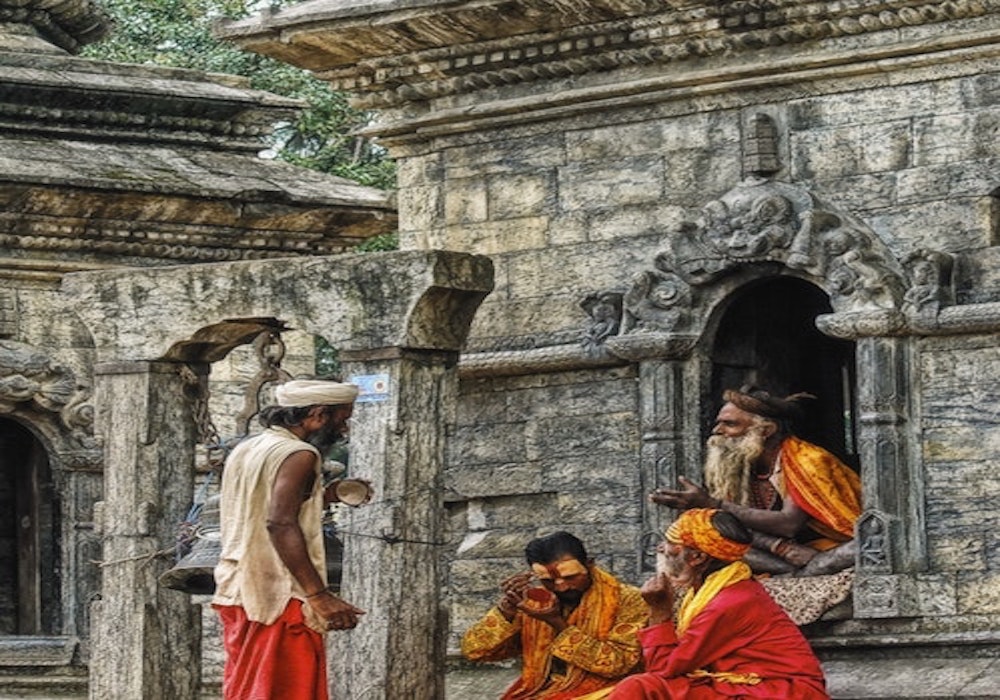 The capital of Nepal is like no other city in the world. It eccentric mix of decaying temples, historic sites, shrines and palaces, is a stark contrast to the lively atmosphere that permeates the streets. The smell of incense that waft from store to store and charismatic street sellers, really bring this place to life. For several hundred years, Kathmandu was one of three rival royal cities, along with Bhaktapur and Patan that sit just outside the heart of the capital.

The main attraction of Kathmandu has long been Durbar Square, which acts as the largest of all the palace squares and is one of the most famous UNESCO World Heritage Sites in Asia. Although this square was severely damaged in the 2015 earthquake, many temples and monuments of varying shapes, sizes, styles, and faiths can still be found here and is only moments walk from the famed Thamal hostels.

Situated across the Bagmati River sits Patan (the second “Royal capital”). Known for its artisans and stunning display of Newari architecture, Patan’s palaces, courtyards and temples are the city’s star attractions. With its multi-columned façade and gilded spires, the recently restored Krishna Temple is particularly striking and one you should undoubtedly seek out. What’s more, Patan is one of the best places in Nepal to buy the gorgeous handmade silk saris that once were the garment of choice for the country’s royalty and aristocracy.

Moving from Kathmandu to Bhaktapur (the third of the “Royal Cities”) lies on the old trade route to Tibet and due to its relative remoteness, the city to develop independently and in ways which distinguish it from the other two cities. In contrast to Patan and Kathmandu, the population of Bhaktapur is primarily Hindu and its architecture is outstandingly unique.

Finally, the Boudhanath Stupa is also a must-see within Kathmandu. Boasting as one of the largest stupas in the world and dates to some time around the 6th century, the Bohanath is a stunning UNESCO World Heritage Site and one we highly recommend visiting. The stupa itself is a symbol of enlightenment, with each different shape representing one of the five elements; earth, water, fire, air, and sphere. These elements are also known to be the attributes of the five Buddhas. The unity of the Buddhas through the stupa is meant to represent the structure of the universe itself.

If you have time, also make sure to head over to the; stunning Pashupatinath Temple, the “Monkey Temple” of Swayambhunath and the Kopan Monastery. 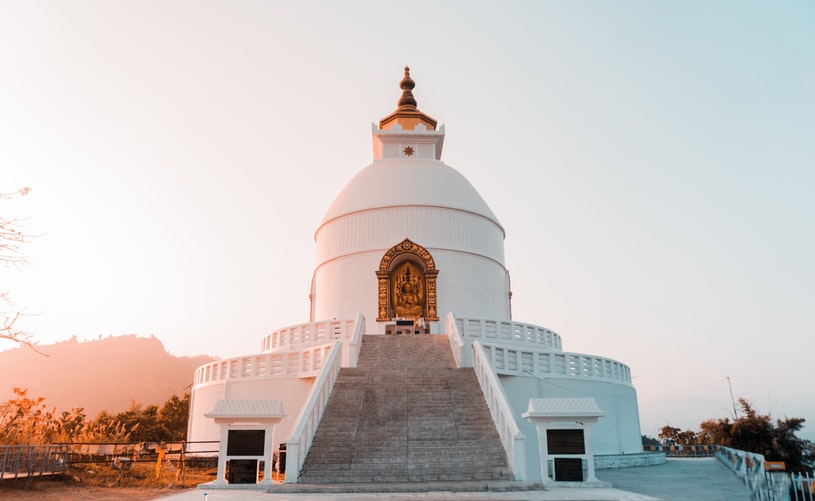 Pokhara is famed for its natural beauty and regarded as the tourist capital of Nepal.

Boasting Himalayan snow-capped landscapes, eminent lakes, bat caves and a relaxing ‘zen’ vibe, it’s easy to get caught up in its magnificence. Pokhara is the perfect destination to get away from the never-ending hustle and bustle of everyday life.

Its beautiful yoga retreats, meditation courses, and laidback nature, attracts westerns from all over the world, which has inevitably brought in booming bars, western cuisine, and expensive shopping.

Pokhara is must and acts as the “Gateway to the Himalayas”.  For many trekkers, Pokhara is the main starting point for trekkers beginning their climb up to Annapurna.

Nepal boasts some of the best trekking routes in the world, including trails to Everest, Annapurna and beyond!
Click Here
Learn More... 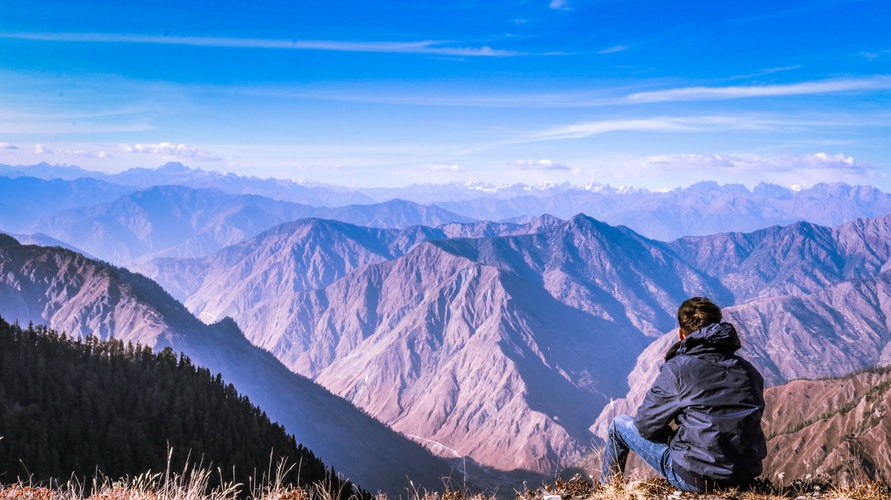 One of the more famous treks is the Annapurna Circuit (which takes about 21 days) and is the perfect way to fully experience the wonder and magic of this region.

Other famous treks include hiking to Poon Hill (3,210 meters) near Ghorepani. Most hikers try to be on Poon Hill early to see the sunrise and a stunning view of Dhaulagiri, Annapurna South, Machapuchare, and Singa Chuli.

The Annapurna region was declared a protected area in 1986. Most importantly, it has a good infrastructure to support the many trekkers that come through this area. The paths are well maintained, and food and lodging are plentiful. 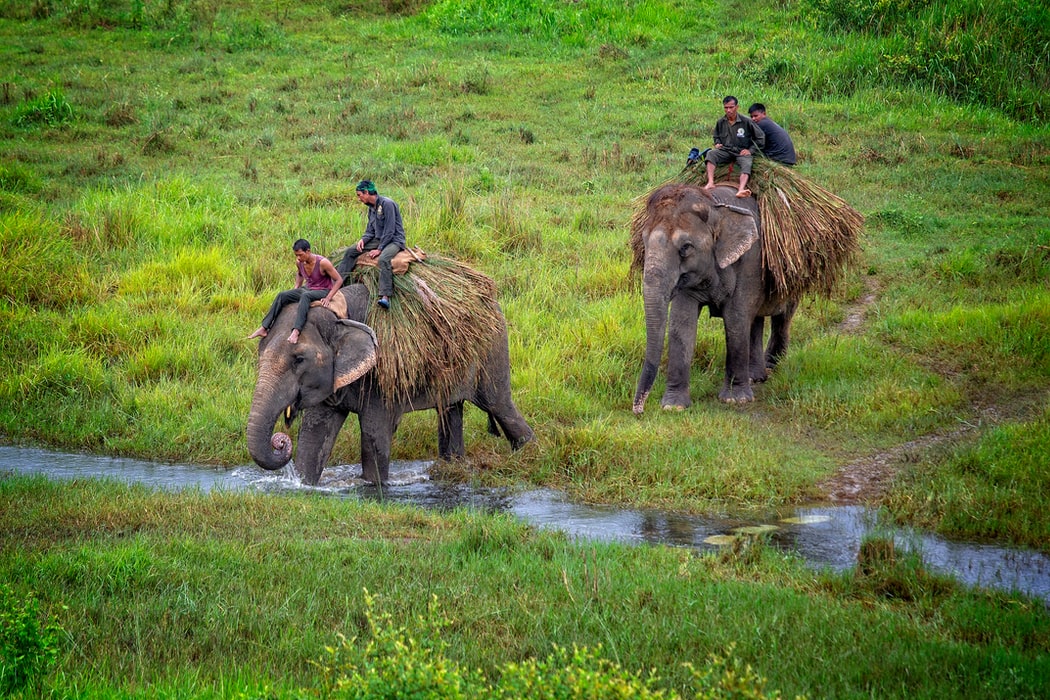 Chitwan National park is the perfect widllife adventure. Sitting at an altitude of only 100metres (Kathmandu sits at 1400m), this park boasts tropical and subtropical forests, as well as three fundamental Himalayan rivers and Ox-bow lakes. What’s more, Chitwan is home to the Elephant, Single-Horned Rhinoceros, the Leopard and the Bengal Tiger. Even more surprisingly, Freshwater dolphins (gangetic) and crocodiles inhabit the rivers and streams and Chitwan proudly lists as a UNESCO World Heritage site.

Embark on an epic ‘jungle safari’ through the forest either by jeep or while walking alongside elephants and get up and personal the Nepal’s incredible wildlife.

Being one of the only unspoiled Tharu Regions in the country, a trip to Nepal isn’t complete without experiencing this National Park yourself.

The best time to visit Chitwan is from October to February. Average temperatures hover around 25 degrees Celsius (77 degrees Fahrenheit), with high humidity, although the mornings can be quite cool. June to September is the monsoon season, with frequent and heavy rain. 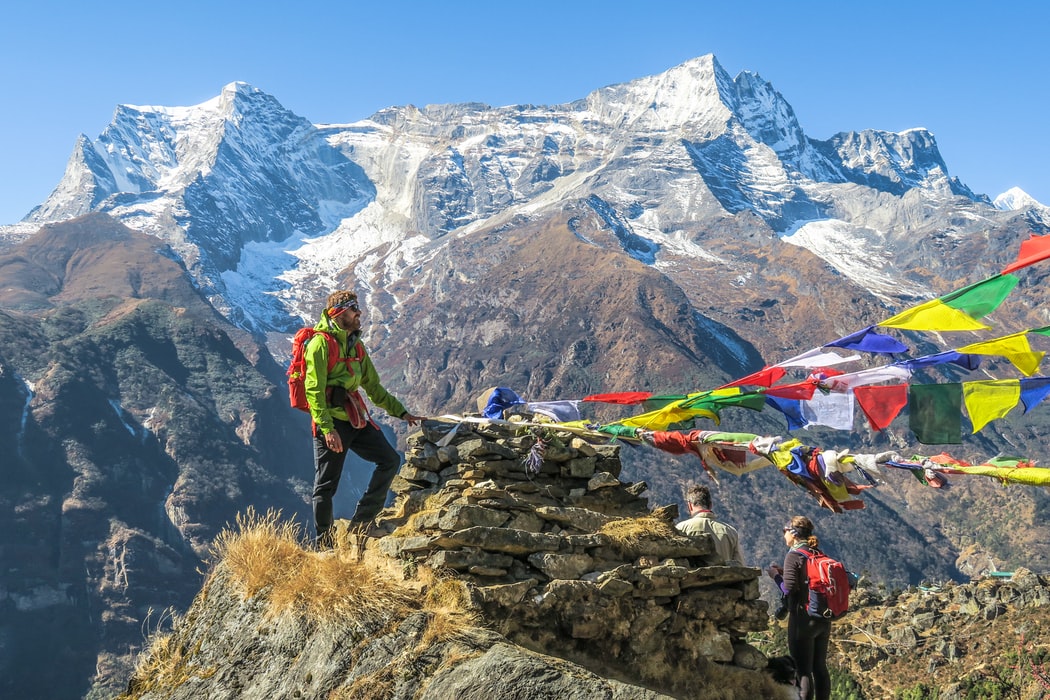 Standing at a formidable 8,848m, the summit of Mount Everest offers the perfect backdrop for this trek of a lifetime. Starting in Lukla, your route will take you through Sherpa villages, past beautiful monasteries and over jaw-dropping suspension bridges until you reach the base camp of the world’s highest mountain.

Beginning in Lukla, you will follow the footsteps of Sir Edmund Hillary and Tenzing Norgay – the first climbers to ever summit Everest. Engulfed in the shadows of the world’s highest mountain, you will traverse gorges, past Buddhist monasteries, visit the Everest Memorial Ground and trek towards the Khumbu icefall until you reach Base Camp.

With each day, the trek becomes more challenging and strenuous and will undoubtedly push your body to the limits. However, the incredible views and support from fellow participants will spur you on to reach your goal.

Arriving into Everest Base Camp will be a momentous occasion and one to saviour with your fellow trekkers. Upon your descent and flight back to Kathmandu, you can spend time exploring the chaotic, exotic and historic capital.

The main hiking seasons are in the spring and fall, from March to May and September to December (although February is equality beautiful).